Andrew Porter was born in Belfast, Northern Ireland and attended Chethams School of Music in Manchester, completing his A levels before attending the Royal Northern College of Music completing a BA in musical performance.  Andrew enlisted into the Army in January 2003.  He began his career as a euphonium player, and his first assignment was to the Band of The Royal Electrical and Mechanical Engineers (REME).  During his time with the REME, Andrew toured most of Europe and in 2006 Andrew was invited to Washington DC to perform recitals at the United States Army Band Tuba and Euphonium Conference (TUSABTEC), returning in 2007 to perform a concerto, in the presence of the composer, with the United States Army Orchestra.  In June 2007 Andrew was selected as the Principal Euphonium of the British Army Brass Band. 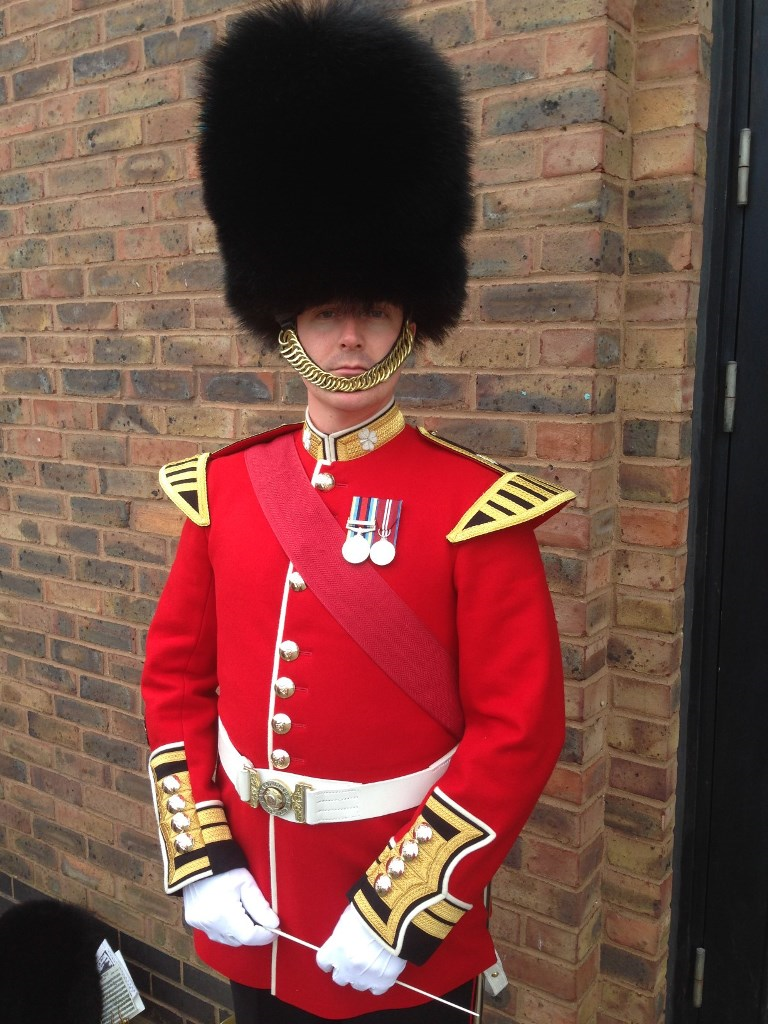 In 2007 Andrew was selected to attend the Student Bandmasters’ Course at the Royal Military School of Music, Kneller Hall.  At the end of the three year course, he gained a first class honours degree and received awards in conducting and the overall Academic prize.  His first assignment as a WO1 Bandmaster was to the Band of The King’s Division.  Whilst with the King’s Andrew worked closely with the local communities, enhancing the bands outreach programme and performing with the band regularly on BBC Radio Lancashire.  In 2012 he took part in the Royal Edinburgh Military Tattoo and with the band, led the British Military Pilgrimage to Lourdes.

Andrew deployed on Op HERRICK 18 In May 2013 and was assigned to the Afghan National Army Officers Academy (ANAOA) in Qargha, Kabul.  As the Course Development Warrant Officer Andrew worked closely with the education departments and mentors, writing and collating lesson plans.  He also had to manage the Translation Pool, ensuring that lessons, minutes of meetings and doctrine were all translated accurately and on time.

After his deployment, Andrew was assigned to the Household Division as Bandmaster of the Band of the Irish Guards in February 2014.

When he is not making music, Andrew is a keen fun runner and when the opportunity arises will compete in fun runs.  Recently he tok part in Mens Health Survival of the Fittest, London Urban Obstacle Course Race.  In his spare time Andrew enjoys working with and helping community based bands in their musical output and activities.