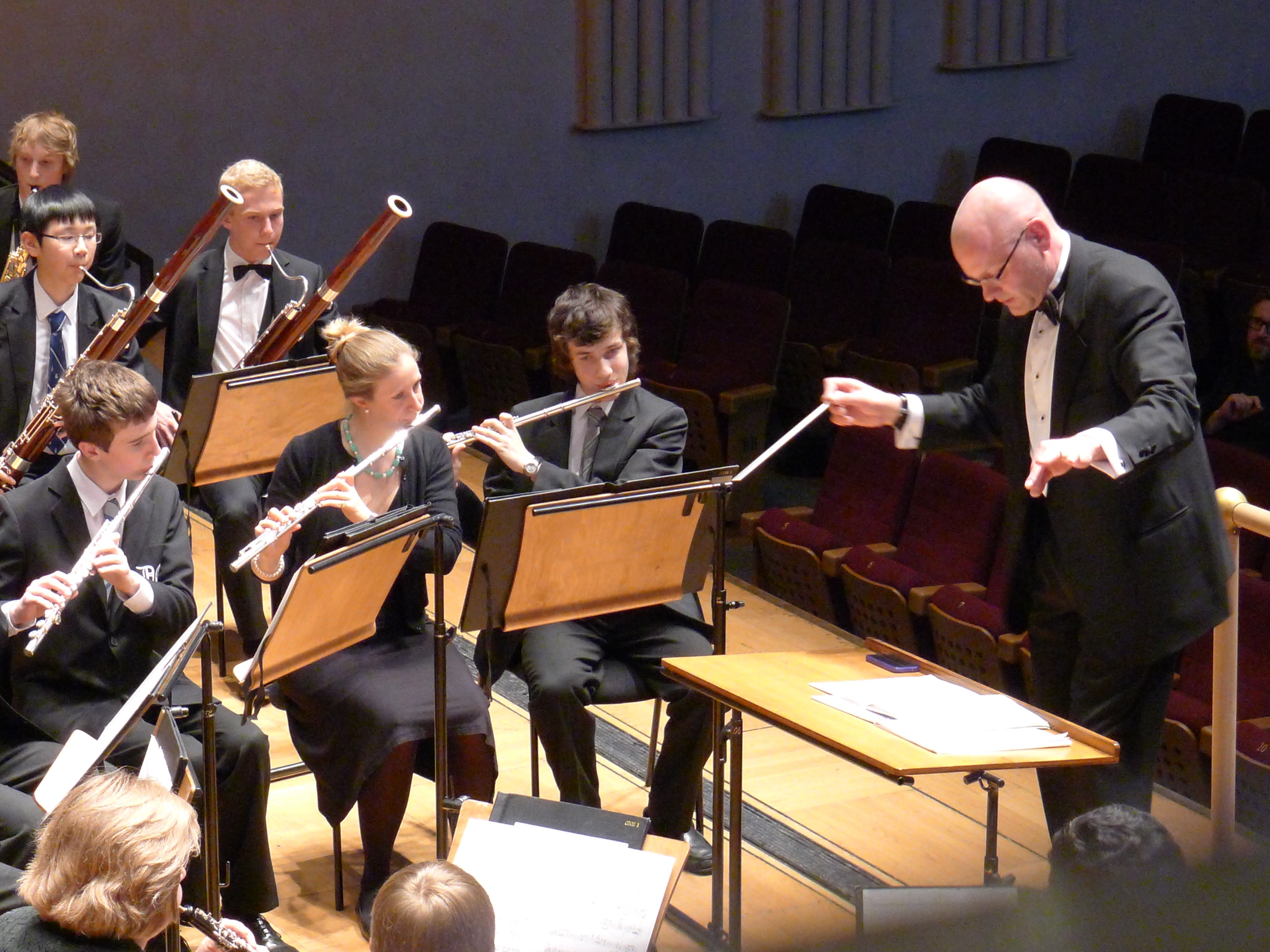 Surrey Brass is delighted to announce that Robin Smith will be returning as our conductor in Autumn 2019.
Robin replaces Jonathan Spencer who after several years has moved abroad to become the Bandmaster of the The Band and Corps of Drums of the Royal Gibraltar Regiment.

As the first Musical Director of Surrey Brass, Robin Smith was influential during its founding in 2001. He is the third generation of his family to be a brass player: his grandfather was a renowned cornetist with the Gloucester Salvation Army and his father, Malcolm ‘Smudge’ Smith was Principal Trumpet with the Orchestra of the Royal Opera House.

Robin studied the trumpet at the Royal College of Music and the Guildhall School of Music & Drama. Today, he is a professional trumpeter, conductor, and educator in London having performed or recorded with most of the major London symphony orchestras, including the Royal Philharmonic Orchestra, London Symphony Orchestra, Royal Opera House Orchestra and the National Symphony Orchestra. Further afield he has worked with Guildford Philharmonic, The Ulster Orchestra and Orquesta Symphonica de Tenerife.

Robin’s main passion in music is education. He specialises in coaching brass ensembles currently having six under his baton, including the Dulwich Brass Collective. He is Head of Brass at Dulwich College.

Living in South East London, Robin has taught the fourth and fifth generations of Smiths to play the trumpet, his sister Katie and children Erin & Toby.